Add this event to your calendar.

Lafayette’s Max Kade Center for German Studies is delighted to announce this year’s Distinguished Lecture by Tiffany N. Florvil, Associate Professor of History at the University of New Mexico.

In 1985, Black German women unified and created a diasporic movement that connected people from across the nation. This lecture examines the artistic and cultural work of May Ayim, Katharina Oguntoye, and Ricky Reiser, recognizing their diverse forms of intellectual activism. In doing so, these women helped to decolonize German knowledge in ways that made the Black diaspora and Black Germanness legible in the nation. Through their intellectual activism, they made significant epistemic interventions that allowed them to write themselves into German and diasporic histories. By drawing attention to the cultural productions of Black German women, this talk shows how their cultural and political work was inextricably linked, allowing them to articulate demands for equality and antiracism in and beyond Germany. 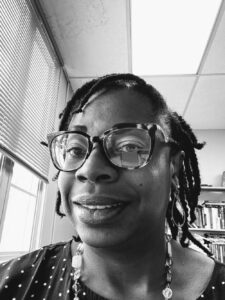 Tiffany N. Florvil is a historian of Comparative Women’s and Gender Studies. Her areas of interest include race and ethnicity, identity formation, social and cultural movements, Black internationalism, diasporas, and emotions. Her familial connections to the Caribbean and experiences attending schools in Germany, Florida, Wisconsin, and the South as well as working at a research institution in London have informed her pedagogy. 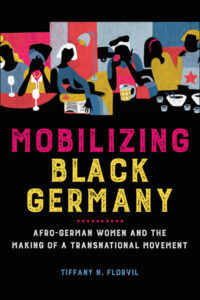 Professor Florvil’s book Mobilizing Black Germany examines “the role of queer and straight women in shaping the contours of the modern Black German movement as part of the Black internationalist opposition to racial and gender oppression. Florvil shows the multifaceted contributions of women to movement making, including Audre Lorde’s role in influencing their activism and the activists who inspired Afro-German women to curate their own identities and histories.” The book has recently won the Book Prize of the Waterloo Center for German Studies.

This will be an in-person event. Attendees can join the community in Kirby Hall of Civil Rights room 104 free of charge.

The event is sponsored by the Max Kade Center for German Studies, the Department of Foreign Languages and Literatures, and the Women’s, Gender and Sexuality Studies program.

THE EDGE OF IRONY. MODERNISM IN THE SHADOW OF THE HABSBURG EMPIRE

“Duerrenmatt: The World of His Imagination in Word and Image” by Theodore Ziolkowski

In celebration of the 10th Anniversary of the Max Kade Center for German Studies, Theodore Ziolkowski, Prof. Emeritus at Princeton Univ., will present…

presented “Nietzsche, Bizet, and Wagner: Illness, Health, and Race in the Nineteenth Century” in April, 2009. Co-sponsored by the Max Kade Center for German…