THE EDGE OF IRONY. MODERNISM IN THE SHADOW OF THE HABSBURG EMPIRE

Marjorie Perloff, one of America’s most prominent literary scholars and distinguished critics, will present “Edge of Irony. Modernism in the Shadow of the Habsburg Empire” which is also the title of her forthcoming book. 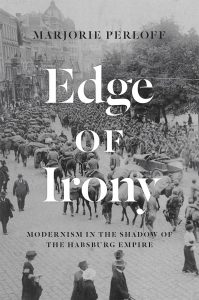 Chicago University Press calls Edge of Irony “an indispensible study … [that] introduces us to an alternate canon, one that strangely anticipates the dark humor and cynicism of our own twenty-first-century culture.”

Perloff, born in Vienna and immigrated to the USA in 1938, redefines European Modernism through her close reading and sensitive analysis of the aesthetic world that emerged from the rubble of Vienna and other former Habsburg territories.