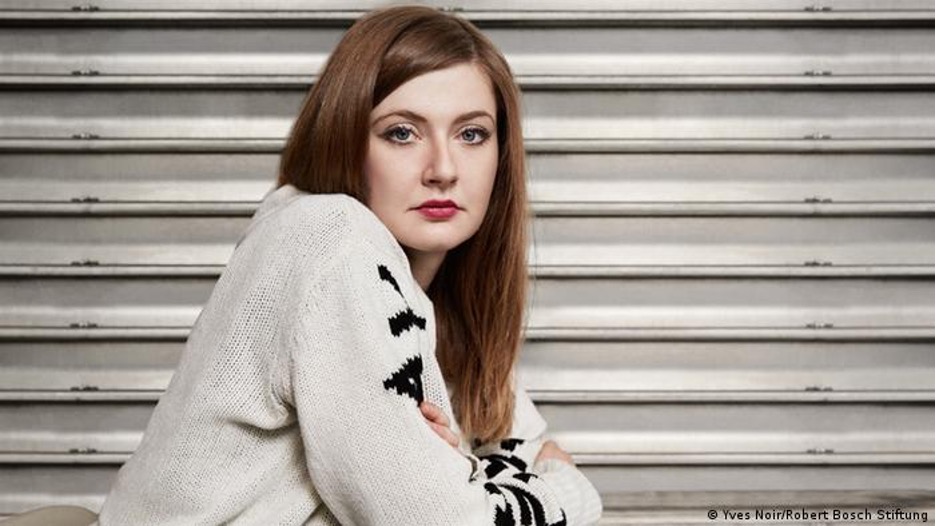 Olga Grjasnowa was born into a Russian-Jewish family in Baku, Azerbaijan. Her family came to Germany in 1996 and Olga started learning German when she was 11 years old. In 2005, she first pursued a degree in art history and Slavic Studies at the University of Göttingen but then enrolled in the “Creative Writing” program offered by the German Institute for Literature in Leipzig and received her bachelor’s degree in 2010. After studying abroad in Poland, Russia, and Israel, Olga Grjasnowa took up dance studies at the Free University of Berlin. She is married to Syrian actor Ayham Majid Agha, with whom she has one daughter.

In 2010, she was awarded the Dramatist Prize of the Wiener Wortstätten for her debut play, Mitfühlende Deutsche (Compassionate Germans). Her first novel, Der Russe ist einer, der Birken liebt, was awarded the Klaus-Michael Kuehne Prize and Anna Seghers Prize, both in 2012, and was published in English as All Russians Love Birch Trees (Other Press, 2013).